How to Successfully Screw Up Your Search for a Literary Agent 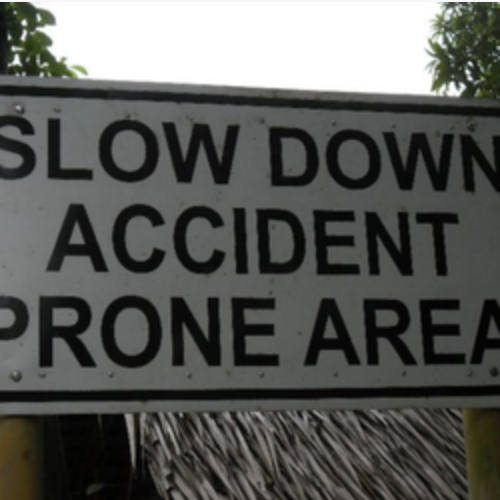 There’s so much helpful information out there about getting an agent. Spend a few hours trawling sites and you’ll have a good sense of the do’s and don’ts. But there’s enough conflicting advice that at some point you're likely to start fretting or freaking out about your approach. So I thought I’d make it easier for everyone by explaining it the other way round: How to fail.

Here are the top few off my list of personal bugaboos:

1.     Be stiff, tentative and timid in tone. Yes, you need a great hook and an even better book, but you also need to just chill a bit. Writing each query will take some time, but you shouldn't be stressing for hours over every single comma or exclamation point (though my rule remains: never more than ONE exclamation point per email!).

Don’t bloviate, but do stand tall. If you don’t believe this book could sell, why should an agent who knows nothing at all about you believe in it? Write like a normal, polite person would write. Try not to be overly sychophantic or formal.

2.     Have a defensive pitch strategy. If you send out a trickle of queries to test the waters and then start getting interest from agents, you're in a pickle. You never even got to query your top agents! (I just broke my exclamation point rule! See #3!!)

On one level it makes sense: If something about your pitch or your manuscript is off, you’ll get a second chance if you start out slow. But in most cases, if you’re worried about your idea or book not being ready yet, it’s probably not ready yet.

Always go out there with your best work. Don’t be half-assed.

3.     Follow all the rules. You'll often see agents write that they'll only get back to clients they're interested in. Obviously, they're saving themselves the burden of saying no to the ten million queries flooding their inbox; I get it. BUT: because agents are flooded with email, they overlook queries all the time. I stressed massively about following up with agents who hadn't responded to my initial query. I'm a rule follower and the rule seemed to be, "don't follow up." Sorry, but I think that's a bad rule. I got two offers from agents who had missed my initial query. Both wrote back within an hour of my follow up email.

You are a professional and a human being; agents are professionals and human beings. If you write a polite note after a month or two, no one will bite your head off. And if you want to acknowledge an email (even a rejection) because your mother taught you to write thank you notes, then do. Just keep it gracious and brief.

4.     Lie. People get creative about how they can put their past experiences to good use for their future platform building and that's fine. But never lie about your credentials.

Even worse, though, is lying about getting other offers of representation. I can't believe some writers actually do this to speed up the process.

When you query a bunch of agents and begin getting offers, it is customary (and I think important) to email everyone you've queried so far to update them, tell them you're delighted but would still love to work with them (for this or that reason) and ask whether they might be able to get back to you with an answer (in a certain amount of time... about two weeks is reasonable). This really gets things going, though the downside is that some agents will then 'read toward no,' disinclined to get in a beauty war. But I think it's the most honest and efficient way to go about this part of the process.

Some writers prod agents along by pretending to have had other offers, or wildly exaggerrating interest in the book. By all means put your best foot forward, but never try to game the system. You will be a fraud and you will be found out. And then you will be very, very embarrassed.

5.     Get emotionally attached. An agent wants to represent you! OH. MY. GOD. You think you’ve fallen in love! S/he is saying all these amazing things about your work! S/he really took the time to read it. You are now forever indebted to this person. Bang—search over!

You will always be grateful for that first offer, but you owe it to yourself to shop around. This sounds callous, but this is business we're talking about. You need an agent because that person is the perfect compliment for your skills--so try to be both gracious and calculating rather than overly emotional.

6.     Insult the agent by being sloppy. Sending out queries gets tiring. I sent one to a top agent and had been slaving over infintessimal changes for so long that I finally just pressed send. I discovered two seconds later that I had a glaring typo in my very first sentence. Ouch.

Thing is, typos happen. I had crafted the rest of the picth so carefully for this particular agent that she was willing to overlook it, and she expressed interest. But if you're sloppy--no personalization, wrong genre, spelling or grammatical errors, wrong gender--that's a total red flag.

7. Get caught up in a competitive spirit. Writers are, generally, an insecure lot and we're all a bit caught up in the idea of snagging a brand name agent with a mega agency that everyone will oooo and ahhhh over. But that's a bit of a deal with the devil. Ask yourself: Does this agent have time for me? Do I like him/ her? Does s/he really "get" my book? Can I have a long term relationship with this person? This is not the moment to worry about one-upping anyone else. It's the moment to think deeply about what you want and need in order to be both successful professionally, and happy with the tenor and speed of your interactions.

The bottom line is, there are rules but there’s also common sense. Behave with integrity, know what you want, believe in yourself, have patience and also be on top of things, be yourself (your best self, not your neurotic self) and lighten up. If you have a good idea and have executed it well, you’re on the right track. Good luck!