What it Means to Work "Collaboratively" on Writing Projects 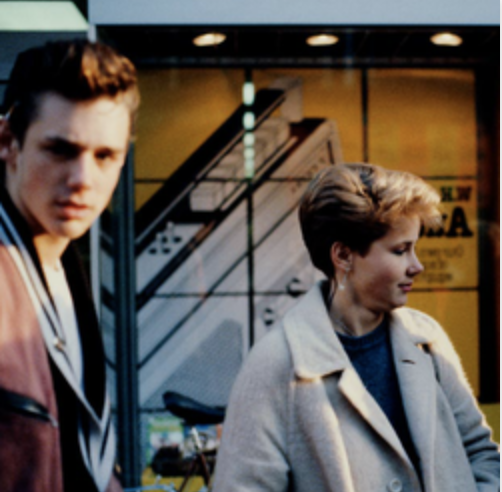 Back in London when I was a teenager, I knew a boy who was very tall, very handsome, and very shy. He always had a camera slung around his neck. I haven’t seen him in over 30 years.

Not surprisingly, Dean became a film director and fashion photographer, and travels the world shooting the likes of Bradley Cooper, David Beckham, Katie Perry… and so on. We reconnected through Facebook a few years ago. In looking through his portfolio, I caught sight of a series he shot called 1980’s youth, and yes, some of the pictures are of my little London crew. What a thrill.

Fast forward a few years and I get an urgent email from Dean asking me to help him write a pitch letter for an independent film he wants to shoot. He’s looking for funding on an art film about a young autistic man. Before contacting me, Dean had already spent good money on a TV writer in LA who’d delivered a flat, inaccurate, ineffective letter. (And that's being polite.)

Could I help him?

My immediate instinct was to say no. I’m in the middle of time-sensitive edits on a book, and I know from experience that this kind of work takes time and a ton of mental energy. I always care a lot about my writing clients (to an obsessive extent), but I knew I’d care even more about working with an old friend.

But… I was intrigued. I wanted to help him out. I’m a collaborator at heart, a helper. I loved the sound of the project. I knew I would learn something. It was different from other work I’ve done, yet also similar in interesting ways. I understood what he was trying to achieve.

So I said yes.

It proved to be exactly what I thought it would be: time consuming, frustrating and fascinating. The ups and downs, and the extra pressure of trying to please a friend, reminded me of the core elements of working successfully with another person–whether a client (like Dean) or an editor (like an agent or publisher)—on a piece of writing. Here they are:

After one day and night of intense work, I delivered the pitch to Dean. At first, he was ecstatic (“So much better than the first writer! You’re a superhero!”)... and then things got complicated. Tweaks became re-writes. It was hard understanding his vision and getting it down in a way that he felt did it justice. But I learned a lot. And after a lot of back and forth (during my vacation), I got it right. And now we’re both happy.