Research While Writing: Handle With Care! 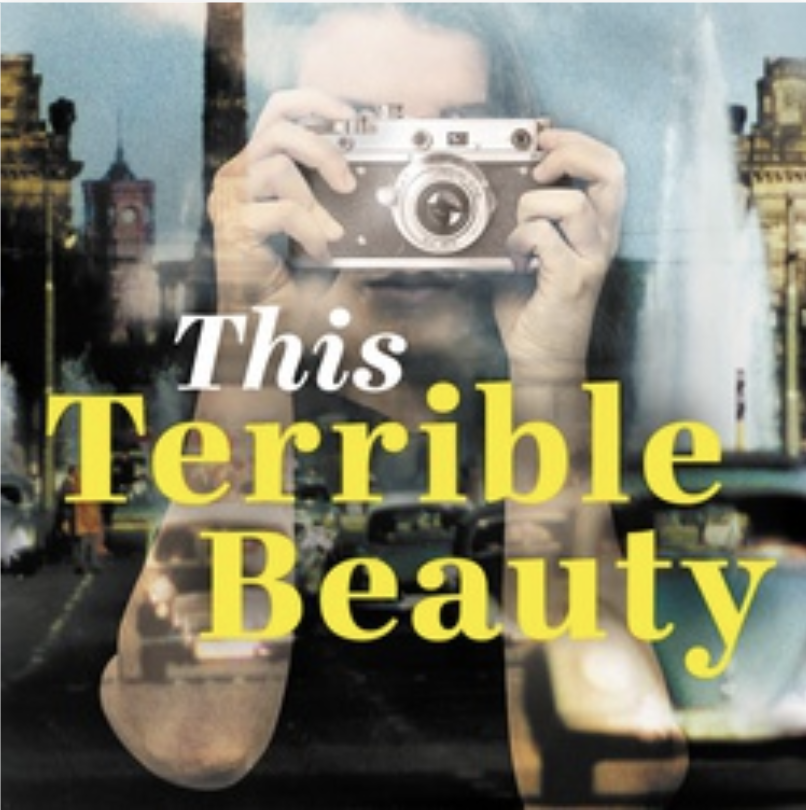 Today, March 4, is the official Boston launch of my second novel, This Terrible Beauty. It's a momentous occasion for me for many reasons, not least of which is that I feel proud of finding what I think is the right balance between fact and fiction.

What I mean is, I had so, so, SO much material for this book. It's a love story set in communist East Germany in 1950s and 60s, and even though I'm German, I'm not a scholar or a historian so I had a lot of work to do to undertsand the historical context of the era. If you look here, you'll see a list of maybe a third of the books, articles and movies I read and watched in order to research my story.

A few days ago, I stumbled on an old manuscript of the novel (which at the time was called The House of a Thousand Eyes!) and it was 120,000 words long. The final version is about 90,000 words.

That's a whole lot of material that went into the trash.

When I was working on a first draft, I remember being comforted by something bestselling author Julia Glass said. I was deep into my research and feeling totally overwhelmed. How could I ever hope to have a grasp on that time period? Would I be accused of being an idiot? Would I get details right? Glass said she doesn't do any research until after she's done her first draft. "I have found that the longer I can put off my research, the stronger and tighter my stories are," she wrote.

Admittedly, Glass is not writing historical fiction and yet...I was hugely relieved. It was liberating to me to understand that I didn't have to be an "expert" before I began writing. I needed to find a balance between knowing enough and letting my imagination go. And then I needed to learn which details actively served my story, kept the momentum going, and might be interesting to the reader (rather than just to me).

This is not easy.

I hate to tell you but for me it's basically a matter of time. When I have breathing space I can use my imagination and become more open and playful. It's best if I can put my work aside and pick it up months--or even years--later when I have fresh eyes.

For a while, I put This Terrible Beauty in a drawer when it wasn't working and then, after my publisher was interested in offering on another book, pitched it to them and got a two-book deal. This was just the spark I needed to get me in the right mindset to whip the book into shape.

For years it had been this digressive, intense epic and suddenly I was under the gun to deliver a book (within six months or so) that readers would find compelling. I really didn't want to send my editor the revised draft and have her turn it down.

With that in mind, I was ruthless upon re-reading. And because I'd had time to indulge myself in the research and write to my heart's content, I found it relatively easy to see what I needed to trim, and also where I needed to add more details. I ended up cutting about 1/3 of the book and adding 1/3 new material in just a few months. And I had fun doing it.

What makes for a good historical fact and what makes for a litany of detail? With my revitalized perspective I was able to see quite clearly which facts served the story and which didn't. In writing earlier drafts, I'd been obsessed with certain historical details that struck me as fascinating. But now, fascination simply wouldn't cut it. The fact had to add something meaningful to the scene by giving it texture and context.

And it had to add to the context without overwhelming the forward momentum of the story. That's the tricky part.

Chip Cheek is the author of Cape May, a novel set in the 1950s. "I'm wary of doing too much research, especially early in the process, because for me, all that information can bury or dull the initial spark that got me writing in the first place," he says. So for that novel, he wrote the first draft on the fly. Later, he made sure period details were correct, but "I ended up doing very little [research], because the story I was writing just didn't call for it."

For her novel Disappearing Earth, National Book Award finalist Julia Phillips researched facts, but: "I find that fact-checking research rarely propels my plots forward. For me, what most inspires that kind of momentum are other narratives touching on the same topic as my story: memoirs by people who've been through it; movies, podcasts, or articles about it; even Reddit forums or public spaces where people talk through their experiences together. That kind of emotional research helps me better understand how to develop my fictional characters in a given situation and free them to act."

The same can be true for nonfiction as well, where details can sometimes get in the way of the overall thesis, and yet are an absolute must-have to give the story validity. Deborah Plummer takes a lot of notes and then reads through them and asks herself "so what?" She's the author of Some of My Friends Are... which explores cross-racial friendships. "Having the 'so what?’ discussion with myself, and sometimes with others when necessary," she says, "helps to determine relevancy to the topic and surface any possible unconscious biases."

In all cases, the research has to lead to facts that inform the story or thesis in powerful ways. It helps to have outside readers who are interested in what you're working on. Before submitting This Terrible Beauty to my editor, I shared the book with two trusted readers and then also my agent to see if I'd made the right choices in terms of what to cut or add.

All in all, none of the early research or endless writing (those hundreds of pages of dead ends!) were wasted. As I completed my final edits, all the work I'd done previously was informing my choices and giving me the confidence I needed to work efficiently. It was pretty magical.

Reviews are coming in fast and furious, which is of course both gratifying and terrifying. But what really makes my heart sing is when a reader is suprised to discover that s/he has learned something unexpected about history. The love story drives the turning of the pages, but the history is the steel framework that holds it all together--and, hopefully, gives it the heft and meaning I was striving for.