On the Virtues & Vices of Being a "Pantser" vs a "Plotter" 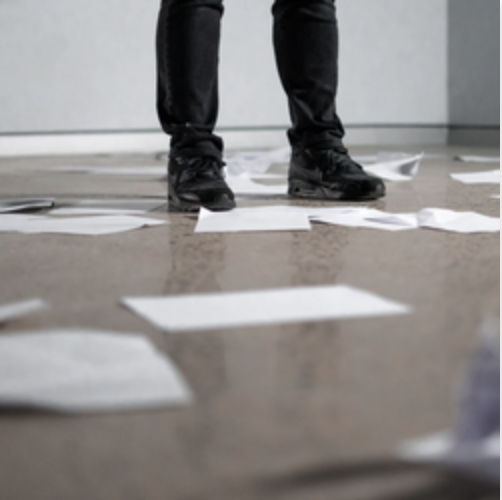 I'm deep in the throes of writing a new book. My first novel The Forgotten Hours came out in 2019, and my second one, This Terrible Beauty (which I actually wrote first) was published a year later. I also have a novel-in-a-drawer... and a bunch of nonfiction books and collaborations.

I write a lot, more true than this list even makes it sound, because so, so, SO much of my writing goes nowhere.

For this next book, I thought perhaps I could save myself a ton of wasted words (and agony) by planning the story ahead. Like my other novels, this next one is character-driven--what's called "upmarket" fiction, which lies somewhere between literary and commercial.

In my fiction, I've always flown by the seat of my pants: meaning I had a general idea of themes, character and setting when I started, but I didn't know the ins and outs of the plot. For The Forgotten Hours, I knew how the book would end, and I knew the answer to what "really happened," but I couldn't plan out how my main character uncovered the truth--I had to discover this through the writing. And with This Terrible Beauty, I meandered around for thousands upon thousands of words before I understood 1) the heart of my book 2) how to drive the narrative.

Though I now have a much better idea of how to build a compelling story from beginning to end, alas, it seems that in spite of my best efforts with this new project these last six months, I am still a pantser.

I've come around to accepting this. Here's a story that may help explain why.

The Forgotten Hours is loosely based on things that actually happened. I had certain strong ideas in my head about the kind of protagonist I wanted Katie Gregory to be: she is a reluctant truth-seeker and so I wrote her as passive; she uncovers information against her will. This was critically important to me as it was the way I experienced the story myself.

I did get my agent and we did go on submission with the book written this way, but it didn't sell. Publishers responded with a general consensus (which we had to ferret out of their emails) that Katie was unlikeable. But in my opinion this wasn't the real problem, since unlikeable characters often make great protagonists (see Hausfrau by Jill Essbaum, Luster by Raven Leilani or The Girl on the Train by Paula Hawkins, among many others).

When editors use words like "unlikeable" it tends to be another way of saying: I don't like the choices your protagonist does or doesn't make. In my case, my main charater had no choices to make--she fell into discovery each step of the way. I thought this was interesting, and realistic, but publishers disagreed.

I hired a professional editor to give me feedback and discuss options with me. After that I called my agent in tears because none of the editor's solutions felt right, and I thought that after five years of work I had hit a dead end.

Literally the next day an idea popped into my head about how to fix the problem: my story had two timelines, past and present, and I had to move the present day timeline forward. This made my protagonist Katie much younger, and automatically raised the stakes: since she was at a turning point in her life, uncovering the "truth" would have an enormous impact on her. (See? Suddenly she's no longer passive.)

I re-wrote the book in about six months and THAT's when the whole thing really came alive for me. I started playing with the language--the chapters told in the past became more chopped up and dreamlike, and I switched them to the present tense. I was having fun. I added tons of depth to the characters because at that point (finally) I was able to imagine them more deeply. I changed the present day time line entirely, bringing it forward by eight years. This sounds hard but since I had already written so much of the story from my main character's perspective as a 32-year old, it wasn't all that difficult to dial back the clock. I already knew exactly the kind of adult she would become, so I felt I knew who she was as a young woman.

Could I have avoided any of this work if I'd been a planner instead of a pantser? Sure I could have--but only if I'd been smart enough to know from the beginning that my idea about the protagonist being passive just wasn't going to be gripping. Instead I had to work through a separation of self and fictional character before I could see how best to play up the themes that were most important to me. I had to get out of my own way. When I plan, I become an obstacle to myself. When I write, and write, and write, I begin uncovering truths.

For me, it takes writing and making mistakes to understand the precious and elusive inflexion point between what I am trying to uncover in my work, and what readers need in order to find a book compelling. Sometimes you just can't force story--for certain kinds of writing, plot has to be organic.

I've learned that I have to plow through these first meandering drafts--trying ideas on for size--before I can get to the awesome, satisfying part of tying it all together and really trying to make it sing. So I've pretty much resigned myself to the fact that no, I can't cut corners for this next one; I just have to keep going, and keep writing, no matter how many damn words it takes.

Photo by Kelli McClintock on Unsplash