Starting from Scratch: Staring Down the Blank Screen 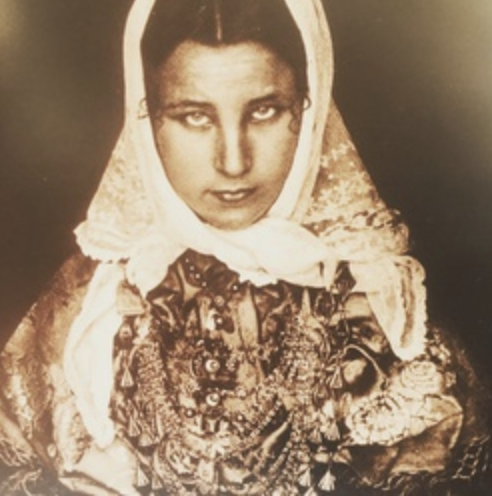 Some of you have been writing for a long time, and you likely have a manuscript or two going already. You may be astonished by how long it's taking to get your writing to where you want it to be—and perhaps you're learning about the utterly transformative power of deep editing.

In the past two years, I've completely re-written two novels, chucking out almost 50 percent of the original material, reshaping what's left, editing (again) on a line by line basis, and writing new material to mesh with the sharpened focus. In each case, the experience was astonishing—daunting and incredibly confusing, initially, and then deeply satisfying. Both those novels found homes, so there was some magic in the process.

In my nonfiction writing, I find launching into new work far less intimidating than with fiction. For nonfiction, I'm guided by three main principles: 1) What is the goal of the book? 2) What does the reader need or want? 3) What do I have to say about this topic? These are not the same questions I ask myself about fiction.

For a novel, my mildly hysterical inner voice asks: What subject and characters do I want to spend the next five years obsessing over, and is anyone else even slightly interested in this?

There's a lot of information out there about how to start work on a new novel. Bestselling author Miranda Beverly-Whittemore wrote here about her system for thinking through her themes and characters, and outlining her book: once she begins writing down the actual story, she already has a detailed plan in place. Guggenheim winner Christopher Castellani has talked about writing a "down draft," an "up draft" and finally a "dental draft"—ways to approach the blank page that allow him to get writing done as opposed to overthinking and over-editing as he goes.

Wise veteran writer Anne Lamott wrote in her book Bird by Bird, "perfectionism is a mean frozen form of idealism, while messes are an artist's true friend," and yet some writers can't see beyond the mess. They lose confidence in their plan—because maybe there isn't a plan... maybe, as the radical French writer Colette said, there's just this: "Spending hours dreaming before a white page, scribbling unconsciously, letting your pen play around a blot of ink and nibble at a half-formed word … until it loses all resemblance to a legible word and turns into a fantastic insect of a fluttering creature half butterfly, half fairy."

For about six or seven years, I've been toying with the idea of writing a novel loosely based on Gustave Flaubert's groundbreaking novel Madame Bovary, set on the island of Ibiza, Spain, inspired by my grandmother who moved there as a divorcee in the sixties. Sounds pretty nifty, no? Well, in all the years that I'd been thinking about this novel, I'd gotten not one step further in seeing the characters more clearly or envisioning the actual storyline.

A while back, I picked up Truby's The Anatomy of Story, highly recommended by Miranda (see above—click my links, I promise they're awesome) because I figured, hell yeah, if I can get a plan for this novel I'll be able to avoid having to rewrite the entire damn thing.

I started going through Truby's process of figuring out things like the character's moral choice versus moral need. But it all felt kind of lifeless and slippery; not a single image with any imaginative potential was entering my mind. In other words, thinking about the book in an abstract way does not work for me. It does not evoke the feelings necessary to kick off my imagination.

About to start a new job and with a book release on the horizon, I started seriously panicking. If I didn't get some momentum soon, I'd be stalled until at least springtime. So, gathering together the notes I'd made over the years, the books and images I'd collected, I sat down and opened a new file. I typed "Chapter One."

I told myself that this draft was for me (Chris's "down draft") and that there was zero room for perfectionism at this point (thanks, Lamott) and that I was giving myself permission to "doodle" (à la Colette). All that, combined with the themes I'd been thinking about when reading the Truby book, conspired to get me launched. I wrote 200 words on the first day (at least that was something). Then 600. Then 1,000 words in one day.

As soon as I started actually writing, the characters came to life and scenes started popping into my head. These characters were literally coming to life in a way they had never once done all those years I'd been merely thinking about the book.

And oddly enough, the image of the girl at the top of this post has inspired me most of all. It's her eyes, I think, the way she seems both servile and defiant, old-fashioned and independent. Now my head is spinning with ideas even while I brush my teeth.

How about you? What does it take to get you launched?