How to Know When to Quit Your Novel 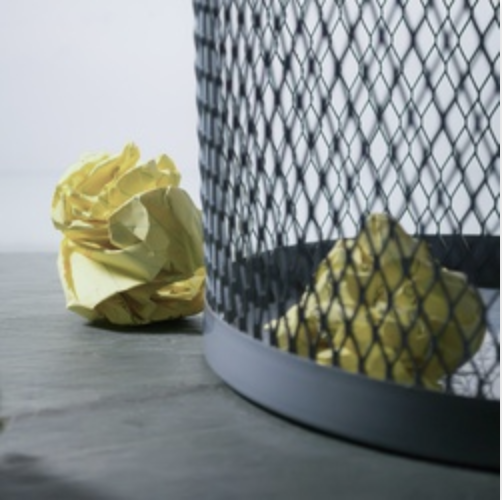 Last year, I was thinking a lot about this question as it relates to writing: When is it okay to give in and give up?

Why? Because in the months before publishers began showing interest in my novel, The Forgotten Hours, I had seriously been considering changing careers and giving up writing altogether. This was a huge deal for me since I basically can’t do anything else (at least not well, and with enthusiasm).

It was a breakthrough to realize that I was the one who was setting my own goals. This meant I could choose to change those goals if I wanted to.

It was empowering to think that, in a crucial way, my happiness was a direct product of my own choices. After some soul searching, I decided I did in fact want to keep writing novels—that, really, I kind of had to, in spite of myself—and that to keep doing so while also maintaining my sanity, I’d have to give up on the need for recognition--in other words, the need to publish. So: writing would become a hobby--is that so terrible?

Right after that, I got a two-book deal.

Happy ending, yes, but over the past year it’s led me to think incessantly about how very close I’d come to giving up on the manuscript that is now going to become my second published novel. And I thought about all the writers out there who are struggling with their manuscripts and wondering whether or not they should quit.

I did an informal survey of some newly published writer friends and realized there are a few common problems, and a handful of common solutions.

You suspect your book has a faulty structure

Julia Phillips just published her stunning debut novel, Disappearing Earth, which got rave reviews in the New Yorker and NPR, among many others. It’s a complex story set in Kamchatka, Russia, with an unconventional plot—a series of loosely linked short stories that build on one another.

But before that novel saw the light of day, Julia toiled on another manuscript for seven long years, “before I understood the book had no plot. It had characters and themes and heavy mood, but I was never able to say in a sentence what it was actually about – what happened in it. Truly a relief to realize at the end that… it was okay to put it away.”

Our early drafts often meander or fizzle out, failing to deliver a satisfactory answer to a driving question. If you're lucky enough to identify the problem--either by yourself or with professional help--this is something that can be fixed, if you have the stamina and the heart to do it.

After working for a few years on The Forgotten Hours, I realized with abject horror that I’d chosen the wrong time period for my second storyline—the stakes simply weren’t high enough. Then, while vacuuming one day in despair, the solution to the problem came to me. This sudden clarity gave me the courage to tear the book apart and rewrite it. Without that kind of clarity, a writer risks tinkering endlessly without fixing the problem.

You simply can’t do anything else, so you carry on

Soniah Kamal was a writer on a mission when she wrote her debut, Unmarriageable. “I rewrote my first [novel] three times, each time tossing out 90,000 plus words. I was desperate to quit after ten years of trying to write it, but the novel was a promise I’d made my late grandfather,” she said.

Sometimes you can’t identify the problem(s) with your book, and still you can’t quit—even though you want to. You’re a little driven, maybe even a little unhinged; it’s okay. You need that slightly irrational passion to help you see such a massive project through to the end. Use that energy to keep trying.

Valerie Valdes, author of the forthcoming Chilling Effect, wrote one novel after another, giving each one up when it just didn’t feel right. “I wasn’t… deeply in love with any of them,” she explained. If you’re not obsessed with your characters, if you’re getting bored, move on. It allowed Valerie to discover stories that were stronger and would go on to find an audience.

But if you can’t let go, don’t.  You never know what might happen (see the end of this post).

Is it worth wrestling with your doubt?

At some point or another, most writers question whether their books are even interesting, let alone worthy of publication. Chip Cheek, author of the slyly subversive Cape May, told me, “Like it or not, I was writing a book about male desire (as if we needed another one of those, I worried at the time)...” He'd ask himself: is  this even relevant anymore? Will anyone be interested? For years he’d been working on something ‘serious:’ “I was dealing with murder and race, all this compelling stuff, but I kept getting sidetracked by the love stories.”

Despite his uncertainty, he realized he had to follow his own passions and preoccupations. “When I let go of how seriously I was taking myself, I was utterly obsessed. I would stay up all night writing [Cape May], sleep one or two hours, get up, and keep writing. I finished the first draft in two months,” he says.

Noelle Salazar’s historical debut The Flight Girls was so complex in its execution she was often beset by doubt while editing: every change she made required another tweak elsewhere, and yet she still had to remain true to history. “I would get consumed by the task, sure I couldn’t do it, then positive I couldn’t do it well at the very least,” she says, “and then having last minute epiphanies and doing it despite all my self-doubt.”

It helps to have a few cheerleaders when you’re concerned about the direction your book is taking, or your ability to write the book you envision. Find some trusted readers who can give you a sense of whether it’s worth working through that painful self-doubt.

In desperation, Maureen Connolly, author of Lovely Little Things gave her manuscript to a friend to read: “In an act of disgust, I hit the send button and was certain I screwed up because I didn't hear from her right away. When I did hear, she was in her pj's all day and crying on the phone because she couldn't put it down and loved it. That made me re-assess!”

If you’re hearing some encouragement from readers you respect, keep at it. If critiques are reflecting your own concerns back at you, consider pressing the pause button.

Sometimes, it’s smart to recognize what you’ve learned and move on

Julia Phillips moved on from her first effort, and the experience gave her the confidence to write a novel that embraces an unconventional structure while still posing a driving question that ensnares the reader.

Nicole Bross, author of Past Presence, wrote an entire series before realizing that it just wasn’t working. She knew she had to put it aside. “It took a while, but I’ve come to terms with it, and everything I learned while writing it helped me on my journey to publication.”

This is a recurring theme: the pain of quitting, and the rejuvenation and energy of writing something fresh that puts to use what you’ve learned.

Sometimes quitting just means taking a break. Years ago, I wrote a love story set in East Germany in the 1950s and 60s. I poured my heart and soul into it, but it stalled. In deep mourning, I put the book away.

And yet, I kept believeing that with some luck and maybe one more round of edits, I could breathe life back into it one day. When I sold my debut, I took the chance and pitched the old, beloved story... and that's how I got my two book deal. This Terrible Beauty is forthcoming Feb 18, 2020. And I just got the first cover concept, and well, it makes all the agonized waiting worthwhile.

Katrins's book THE FORGOTTEN HOURS is an Amazon Charts and Washington Post Bestseller. If you're interested in more from Katrin, you can sign up for her newsletter at www.katrinschumann.com