Lessons on Writing, from the Sweat Lodge 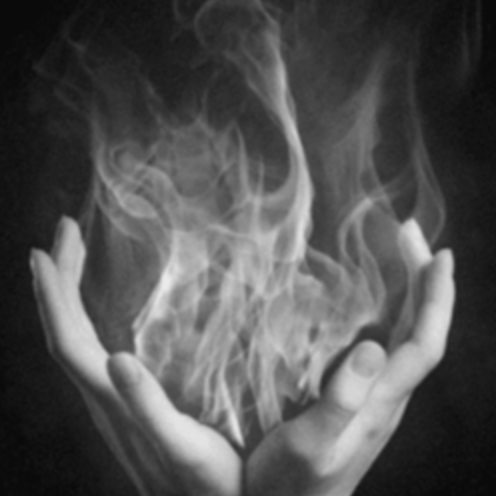 It wasn't until I saw the tiny opening that we were supposed to crawl through that I started to panic. I was in Mexico, just about to clamber into a sweat lodge with seven strangers. I frantically scanned their faces to see if anyone else was also realizing that this plan was clearly nutso.

We settled in, cross-legged on the dirt floor, the dome of this small stone igloo just barely above our heads. My heart was pounding in my throat. Moments later, I was in the dark, the heat was rising, and I was filled with total dread. It would get too hot and I would pass out. I'd be the only one who needed to leave, and I'd have to crawl over everyone and make a fool of myself. I was going to get dry mouth and no longer be able to breathe. No way I was going to survive two hours in this insane heat!

Later that day as I was reading Anne Enright's book The Green Road (yes, I was alive and triumphant, having not embarrassed myself), it dawned on me that the experience I'd just had paralleled the experience of writing in some important ways.

Take for example, my primary fear: that I'd be the only one to bail. That I was weak and everyone else was strong. I've found that so often, we make assumptions that don't serve us about the lives and careers of other writers. Where we struggle, they whip off a perfect manuscript in no time. While they are naturally talented, we labor over every word. And where we are tongue-tied, they are slick, effective. This constant comparison is a drain on our energies. Are other people as judgmental and unforgiving as we fear them to be? I'm not convinced. That judgment is coming from ourselves, and it's born of the fear of failure.

So why then did I sign up in the first place, given that if I'd thought it through for even two minutes I would have done something else, like drink another cocktail, for example? Because I want to be adventurous. I'm curious. I want to be a brave person. In our writing, we often try to achieve things that are daunting, that seem far too difficult to pull off, and yet we are drawn to do them anyway. We are compelled to move forward into the uncertainty, because we are relentlessly curious. These are qualities I think all writers should have.

And why hadn't I done any research? If I'd looked up some information about sweat lodges, I would have chickened out. Instead, I tricked myself into doing it by not allowing myself to be sidetracked by my fear. As writers, we are constantly playing tricks on ourselves so that we can keep going. When we think too much about writing (how, when, why, where?), we're giving oursleves a great excuse not to do it. There's something to be said for just plunging in, just trying.

Afterwards, I thought a lot about this issue of daring to do things that scare you. I think every writer is a daredevil. By putting your work out there to be judged, you're willingly being vulnerable. That takes real courage. We've all had brutal feedback or scathing reviews that cut us to the quick. But then, we also experience the moments of bliss when what we're doing works-- when we feel we might even be changing someone's life through our work.

The first chapter of Enright's novel is an Irish set piece--a large, rambunctious family in a changing, rainsoaked environment. The blurb on the cover calls the book "daring," but initially it seemed anything but.

The second chapter is the story (told in the strangest omniscient-yet-not narration I've ever encountered) of a man in AIDS-ravaged NYC, trying to convince himself he's not gay. It was so nuanced and searing it made me cry. It's a testament to the power of imagination and radical empathy. Then Enright enters the mind of an overweight, possibly sick Irish housewife and a do-gooder in the devastating heat of Mali... and finally, the book becomes the story of all these people coming together again in Ireland and trying to figure out what it means to be part of the same family.

My point here is that Enright truly is a daring writer. She upends rules about structure and reader's expectations. The NYT book review says, "“The Green Road” is, in the best sense of the word, a strange novel. Or perhaps I should say it’s a novel that gets stranger and stranger as it goes along." Enright dares to write what she wants, not what the market demands. I suspect she'd have trouble getting a novel like this published in the US if she wasn't already established in Europe.

And yet, how much I learned from this strange gem of a book. It seemed fitting that I read it after having knowingly put myself in a situation in which I was truly terrifyied. It reinforced the idea that plowing ahead with a dose of stupidity, fear, desire and curiosity is not such a nutso thing to do after all.