How to Get the Most Out of Feedback 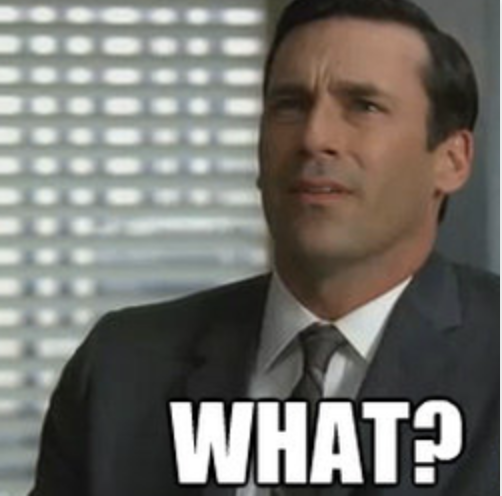 I believe in the value of feedback. But I also believe, strongly, that writers must be prepared for what is to come or else critiques can be wildly counter productive.

My four golden rules are:

Even editors with lots of professional experience can lead you astray, but that doesn’t mean their input has no value.

Here’s an example: I was stuck on a book and hired an editor to help me figure out what to do. This was a high stakes project and the cost of hiring someone was in the $1,000s. I interviewed a bunch of big time editors who had worked at various NYC publishers, acquiring books like the one I’d written.

I was clear about what I needed: concrete suggestions about how to fix some problematic elements of the book.

The editor gave me a thorough critique, addressing my concerns and bringing up new ones. Her attention to detail was extraordinary. She indulged my request to suggest specific solutions by throwing out a lot of ideas.

My initial reaction was dismay. Many of her major suggestions were totally off the mark. At times, it felt like she wanted me to write an entirely different book. But—and this is what saved me—I had once gotten a stinging critique from someone I admired and it had taken me months to recover. I’d determined that I wasn’t going to allow that to happen again. So I felt bad for a day and then got on with business. That meant processing the critique in writing.

I went through the editorial letter and (electronically) crossed out stuff that felt wrong, and highlighted good ideas. I wrote up a document for myself summarizing her main points in order of importance (to me), and articulated my thoughts on them all in writing. Finally, I read through her comments on the manuscript and wrote myself a document summarizing her scene-by-scene critique.

I did all this because it was the best way for me to sort through the incredible amount of information I had received in order to determine: what I was feeling about the suggestions and (most importantly) WHY; what MY priorities were; and what actions I was considering taking.

As a basis for our hour-long conversation, I sent her only the document in which I listed my priorities, reactions and questions (I also wanted to be sure I was interpreting her feedback correctly). She told me, by the way, that this was incredibly helpful to her. We sorted through various ideas and came up with a plan I thought could work.

BUT… truth be told, I was not excited about this plan.

I emailed everything to my agent, including a brief final summary of my action plan. (I made sure to mention that I wasn’t expecting her to slog through every document, but that she could if she wanted to weigh in.)

Well, yes, she wanted to weigh in. And it turns out, she (politely) disagreed with the conclusions I had drawn in conjunction with the editor. My agent and I talked for an hour; I cried after I hung up.

I had wanted solutions and all I had were problems. I planned to get to work on the edits in a few months, once I’d finished another book I was under contract for. Now, I was even less thrilled about the prospect of diving in again.

BUT… The next day, while doing something mindless and not thinking about my book, I had an idea that I instantly knew would solve everything.

I’d been noodling over my resistance to some of the suggestions and wondering WHY I was stuck on certain ideas. Asking why allowed me to let go of some of the ideas that were actually getting in my way.

The solution I came up with was not exactly one that either reader had suggested--it was a mixture of two ideas that I’d dismissed outright. Magically, these turned into a new idea that was just as radical, but entirely organic to the book.

It would require a massive re-write but suddenly I was excited. A few hours after pinging my agent (on a weekend!) with the new plan, she responded: “That's golden!”

That Monday morning, I got right down to work.